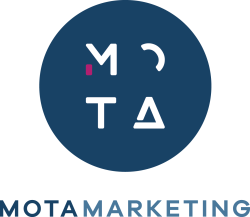 We all know that there is a tremendous need for trusted cannabis education. But how do you educate national and international audiences, including people suffering from painful diseases? Joining us to share her insights and experience is Tiara Sillet, CEO/ Founder of Cannabis Education Canada.

Join the conversation as we talk about the importance of education and thinking higher!

In this episode, you’ll learn:

➡️ Tips for educating about cannabis to international audiences

Welcome to Cannabis Marketing Live – All Puff. No Fluff!

As cannabis legalization continues to spread worldwide, so too does the need for cannabis education.

Why was cannabis tagged as illegal in the first place? What’s the importance of knowing what’s in a product? What’s the best and safest way to consume it?

Right now, there are more questions than answers when it comes to educating consumers about this plant. But the real challenge lies in educating the masses to help them make informed decisions about consuming cannabis.

That’s why I’m happy to present to you today’s guest, Tiara Sillet, CEO and Founder of Cannabis Education Canada, to talk about cannabis education, advocacy, and making an impact.

Can you talk about how you got started in the cannabis industry?

When Tiara and her wife opened their vape lounge business in 2017, cannabis was illegal then. People consumed it indoors.

“There was just a lot of stigma around it,” Tiara said when she recalled how people perceived the use of cannabis in 2017.

As a result, the couple had to promote and educate people about healthier ways to smoke indoors. As the years passed, their courses evolved and expanded, until such time that they began educating people about cannabis and how to use it safely.

But it didn’t stop there. Tiara and her partner even went on cannabis-inspired trips to several countries to learn more about the plant and its uses.

Our goal with Cannabis Education Canada is to provide cannabis education in multiple languages so that everyone can have access to it.”

Tiara and her wife soon found themselves with a bigger mission. Since then, they’ve switched from running a vape shop business to teaching cannabis education.

Can you tell us about the state of cannabis in Canada today?

Tiara admitted that while more laws are being passed to regulate the use of cannabis, some things have gotten worse in certain aspects.

However, she also said that the good thing about legalization is that people are opening up more to cannabis nowadays.

She also shared that people in Canada have more access to spaces where they can consume cannabis. Cannabis use in Canada varies from province to province, though.

However, there’s a bit of a drawback in growing cannabis, even in Canada. In Ontario, for instance, people are only allowed four plants per household, regardless of the number of people per household. Consequently, it may not be enough since most people cannot grow plants during the winter months.

According to Tiara, this law somehow forces many cannabis users to buy from the Ontario Cannabis Store (OCS). OCS works as a middleman between licensed producers and the actual retail dispensary. As a result, consumers pay higher prices for products than if they bought directly from the producer.

“This is why the legacy market is still going very strong in Canada. We have a high-quality legacy market with obviously much lower prices and no taxes. I’m just hoping that we’re getting to a future where things start to flow a little bit better with making cannabis legal.”

How do you educate people about cannabis?

“So there are different courses that I make for different target markets,” Tiara explained. “There are courses for healthcare practitioners and for people who want to talk to their children or parents about cannabis.”

She continued saying that getting started on educating people about cannabis depends on the target, mainly in terms of whether or not they have previously consumed cannabis.

Tiara also mentioned that keeping an open mind makes her job more manageable. She treats her students like they’re “6-year-olds” in a way so they can learn about cannabis from the bottom up.

“What is it that you’re using…

How to identify what you’re smoking…

How to properly consume it…

That’s how I like to start with educating somebody.”

How do you know what are the most important things to touch when you’re educating?

Tiara thinks that education starts with their goals. What is it that they’re trying to achieve? Is it for stress relief? Insomnia relief?

By knowing what their goals are, educators like Tiara can then identify the best route to teach them. Tiara emphasized that their goal is to give their students the knowledge they need so that they won’t feel uncomfortable, unsafe, or worried when consuming cannabis.

“When this happens, you take out so much paranoia and anxiety that some people think that has a relation with THC and other edibles.”

Tell us about the work you’ve done with people suffering from different diseases or ailments.

“Whether it’s glaucoma, Parkinson’s — cannabis can help impact it in a positive way.”

However, in terms of the medical side, Tiara thinks that there’s still a long way to go before medical practitioners trust cannabis to help treat patients. For one, most doctors don’t know what the endocannabinoid system does and how it connects with cannabis.

Another is dosing. Most people aren’t familiar with proper dosage amounts because they haven’t been educated enough yet. After all, each strain is different. The potential side effects are different. Above all, some strains take longer than others to take effect.

So that’s why it’s Tiara and her partner’s mission to educate people about cannabis by providing students with reliable information and resources. They hope that through education, more people will be able to benefit from the safe and effective use of cannabis.

Tell us about your cannabis-inspired trips?

During their cannabis-inspired trip, Tiara realized that people in different countries use cannabis in different ways.

“They have their own preferences,” Tiara explained, “if you go to the Middle East, you’ll see a lot of hash, and they don’t smoke the flower. In Jamaica, the good stuff is the hash and not the weed.”

These differences inspired Tiara to take a deeper look into the cultures and traditions that involve cannabis. This is also one of the reasons why she and her partner often go on expeditions. They wanted to explore cannabis deeper, especially in countries like Colombia, Buenos Aires, Argentina, and Paraguay.

In their most recent trips, they found that many people creatively infuse cannabis in a lot of things, like their drinks and food, which is interesting. People in other countries even took cannabis to another level. In fact, there was even a cannabis museum where Tiara and her partner stayed for the night!

The couple took a particular interest in Argentina because that’s where they met a lawyer whose advocacy is to fight for cannabis rights. Through this lawyer, Tiara gained access to Grupo Mujeres Argentina Mi Familia (GMF), a women’s group whose advocacy is to educate people about cannabis. Through this group, Tiara and her partner saw an opportunity to work with the UN to present the current issues that involve cannabis.

“Argentina was really a pivotal point in our cannabis journey because we were able to meet people who are on the same path of advocacy [as ours] and are taking it to a global level. We’re cannabis educators, and we’re working together to find ways on how this product can be used to benefit so many people.”

What did you learn during those travels?

The biggest thing that came up during their travels was the fact that a bunch of mothers started the cannabis revolution in Argentina.

According to the story, it started with a mother who was desperate to save the life of her newly-born child.

That same child was born with liver issues and brain dysfunction. He was also hooked on a respiratory apparatus and had to take 83 different medications daily.

When the doctors gave up on the child, the mother decided to try something else. So, she asked around if there was anything that could help her son. One day, she heard about cannabis oil. She asked her doctors about it, but they couldn’t help her because it was illegal during that time.

But she refused to give up. She was determined not to let her son die, so she continued to search for CBD oil. When she finally got her hands on a tiny amount of CBD oil, she gave it to her son, and the rest is history.

Shortly after she administered CBD oil to her ill child, the unexpected happened. The kid was finally off the respiratory apparatus. What’s more, the kid stopped having seizures.

The mother was told that the kid was expected to die in a few months, but he lasted. That same kid was three years old when Tiara and her partner met them in person for an interview.

“There’s a lot of great things about CBD strains. Their [mothers’] goal was not to get high. Their goal was medical value for their children.”

What are you working on now when it comes to cannabis?

Tiara shared that she’s currently working on a course that’s completely dedicated to healthcare practitioners so they would know more about the benefits of cannabis and how it connects to the endocannabinoid system that all mammals have.

“As I said before, the endocannabinoid system is not often taught in medical school. Most people think that it’s just another drug. [Because of that] they might fall into the stigmas.”

Another thing that Tiara is working on is a course about CHS or cannabinoid hyperemesis syndrome. It’s a rare disease that only 3% to 5% of chronic users can acquire.

Unfortunately, with legalization, the rise of CHS is something we should expect to see to increase as well. That’s why there’s a need to push awareness among consumers and health care providers alike.

“We want to be able to provide courses that are going to be online so that it is something that you can do from anywhere, even from the comfort of your own home.”

Getting to Know Our Featured Guest:

Tiara Sillet is a cannabis educator who works with the police, disease groups, and the UN and owns an international cannabis education company called Cannabis Education Canada.

You can find Kendra at:

We're not around right now. But you can send us an email and we'll get back to you, asap.

How You Can Build Trust Into Your Cannabis ProductsBusiness Management, Cannabis Marketing Live, Interviews